The whole overseas experience is an interesting one.

It is a bit like getting trapped in an elevator, long enough to have moments of claustrophobic fears and sensory deprivation, that you bond firmly with all involved from shared experience.

I had a good laugh at myself, when I rounded a corner this week on my bicycle, out of the corner of my eye, the upstairs computer scanned ‘ALERT, possible English speaking boys’.

I literally shouted ‘Are you travellers?’ while making a beeline for them. Whereby their mum responded ‘No, we live here’. I leapt off the bike mid sentence. Me too. We should be friends.

Later that very day, the newly formed commando gang were testing out their survival skills on the security gate, and a kindly security guard!

Annie, their mother and I have much in common:

I wanted to mention a bit more about sensory deprivation. The pace is really much slower. 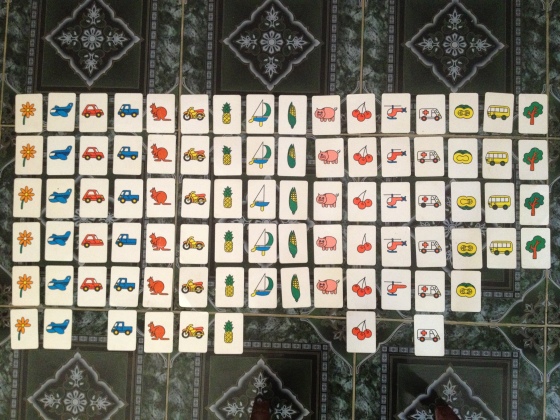 Getting OCD and liking it

As I said, we took away the telly as an experiment. It is all going well- they still have access to limited DVD use – and the negotiated minefield that presents, but at least the box isn’t in their faces as a constant reminder. So we play cards! We line them up and see the pretty patterns they make. To be honest, boys lost interest and left me to it.

Quinn got crafty with his own self directed project.

We’ve been thinking about recycling. All the stuff we have on tap at home. Not always stuff you have to buy, but stuff we can rustle up in the useful box (craft box of tit bits) without too much work. Well, here, I am noticing how resourceful people are. Their access to materials (for buildings, furniture, mechanics, tools) is of such a limited supply and quality. So the kids and I are collecting what we can find, a pretty ribbon in the street, cardboard box turns into a lego container. Milk carton, a home for pot plants.

We are also making stuff for the house. Everything you buy is often plastic crap that doesn’t last under the Wilson-Hall wear and tear. Nor, do we like spending pennies on it.

Now, handymen are sexy, look at what Tim rustled up in a flash:

And then, thanks to my darling pixie friend Peita, I got this idea whilst exercising the boys in local park at sun up. I spent an enjoyable afternoon doing this: 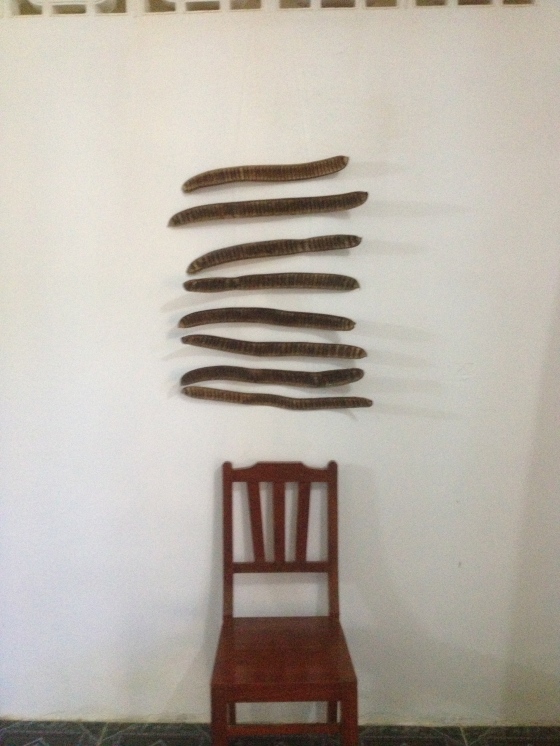 Let’s have a craft in, any pictures of your homemade creations welcome.

Here’s to slowing down and getting brain quiet through working with your hands. Isn’t that what we’ve all been doing for millennia?

One thought on “Trapped in an Elevator”