So we are doing the limbo in Phnom Penh whilst Tim’s balls recover, from a size of a melon to a lemon.

The boys and I already have our little routine.

We leave the hotel- past the ‘bomb’ site where a new multi storey building materialises in days, walk two blocks to the peppered sound of ‘tuk tuk’ that Quinn quips back with ‘My name isn’t tuk tuk’, to the Central Market. 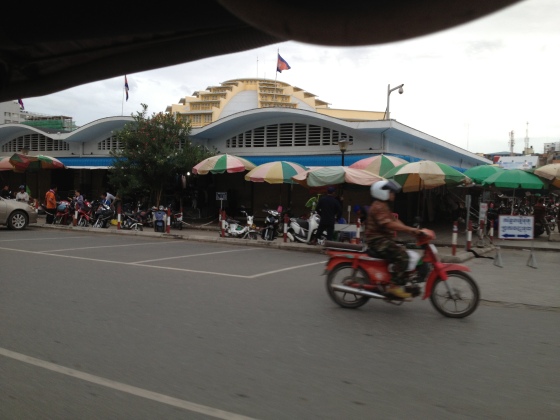 A beautiful Art-Deco French colonial structure shaped like a cross, with domed features in the inner sanctum, built in 1937.

Once there the boys break into a consumeristic sweat as they beeline the toy vendors and gyrate with superhero fever. Most of the time, I’m armed with an impervious force field, but fate intervened and the tooth fairy paid Quinn a visit last night. So cashed up, he grabs this Ben-10 product: 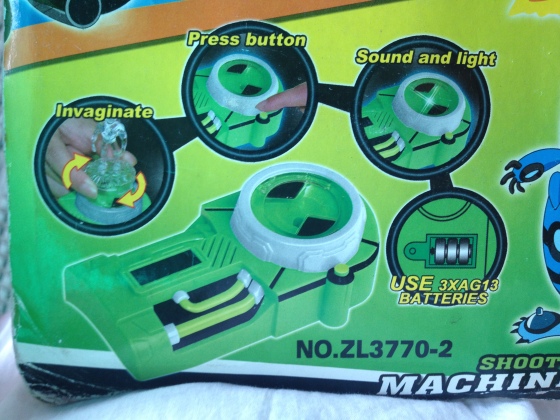 Anything with the words ‘invaginate’ on the packet gets my attention.

It all sounded fun until he spys a ninja weapon kit and he’s off, bartering like a champion.

Meanwhile, I’m doing sign language, for some hair moisturiser, trying to save my hair from chlorine overdose. I choose a meek, older lady thinking she looks nice. I feel empowered by my bargaining skills, using the old fashioned pen/paper technique, we agree to a price lower than we started. Ha, she got last laugh, slipping me counterfeit US $2 note that’s only found on a monopoly board.

Touche. I hope she bought her grandkid a yummy pastry. 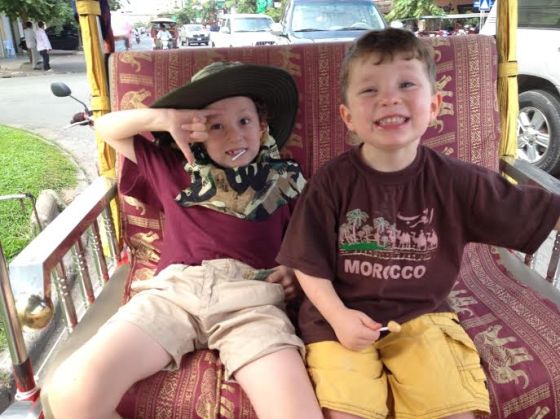 2 thoughts on “When life gives you lemons”