So the blog’s had some time simmering whilst other fish been fried. But here we are again. Happy New Year Everyone. May it be a rip roaring affair.

We had Tim’s folks and bro came to town for the holidays. They said Battambang grew on them after 2 weeks, which is a considerably longer time than the usual 2-3 days tourist trail stopover. They came to get an insight into our life and catch up on half a year of grandsons’ cuddles.

One of the best days was full of biking, paddy fields and food. We set off from Kinyei Cafe (great lattes, a precious commodity in a sea of instant flakes) on well heeled mountain bikes. A fit, tall guide expertly needled the traffic. We, a long line of fleshy bicyclists weaved through motos and SUVs following our fluro clad beacon. Soon we were meandering along the river, first stop a local rice paper maker. 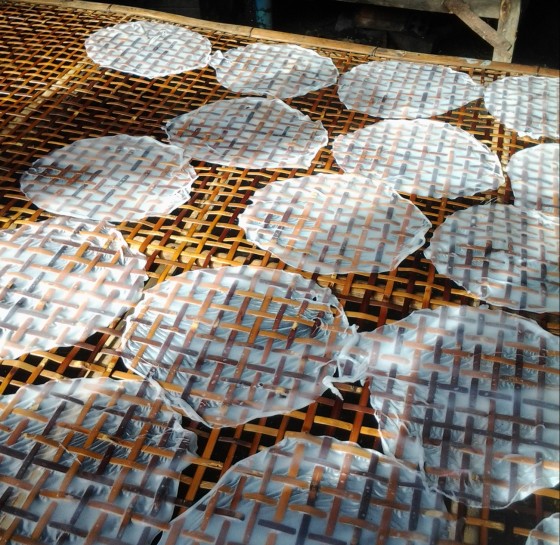 Matriarch Sreyvin , a spinster who works 7 days a week even at 62 years old. After surviving the Khmer Refugee Thai Border Camps through those dark years (1975-1979), she returned with her brother to her homeland in Battambang. Her family had some paddy fields that they were lucky enough to reclaim. Something that many families were unable to do and were left to start over. But as fate had it, she had to sell the rice fields a short time later to pay for her sister’s breast cancer operation. Medicine is heinously expensive and without any government safety nets, people have to make their own way. 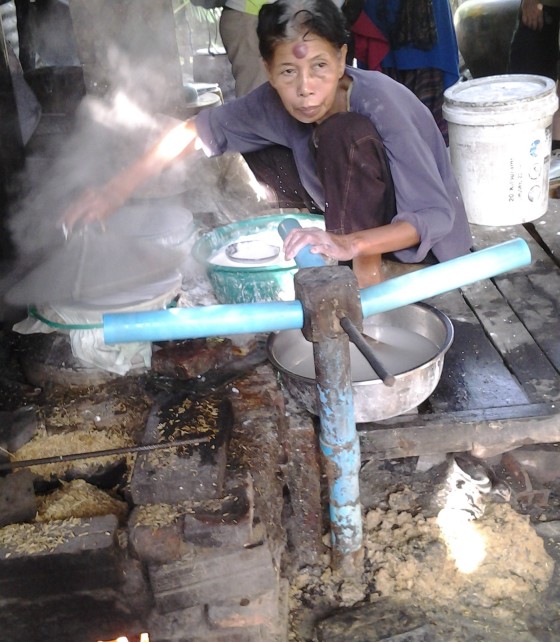 Sreyvin in position over the hot skillet

A large bag of rice husks rests upside down on a precarious angle but purposefully arranged to drip feed the fire. These hard coatings have many lives. Also used as fertililiser, building and installation materials. Rice grains are made into a paste much like pancake batter. Sreyvin deftly drops some on a smoking skillet and flips it with one hand, whilst removing a cooked one with the other hand. Not wasting a drop she churns out 2000 beauties a day. Her brother works in unison, taking the sealed paper and placing it out matted boards to dry off in the sun.

The hours pass like this and they make a total of US$5 per day. This may not seem a lot but it is enough to educate the children in the extended family. By going to school they can choose another life. The average income for a Cambodian family is $950 per year. So relatively these guys are doing ok.

Next stop, fish factory. Some sensitive flowers on the tour (mostly men) declined this stop. But Tim’s spirited Ma (darling GG), a Scottish lass and I forged ahead. 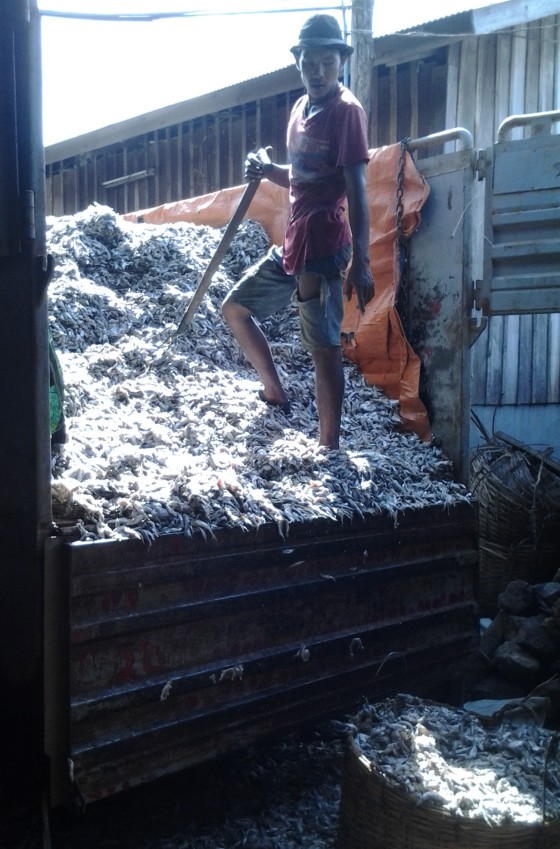 About 13 ton of fish

First sight at the dock was about 13 ton of mud fish getting rolled into large wicket baskets. Fresh catch from the Sangke River, it’s hard to believe there are any fish left. Khmers love fish paste-  a crushed, salted and fermented fishy mix known as prahok.  It’s added to every meal and given as gifts at festival times. 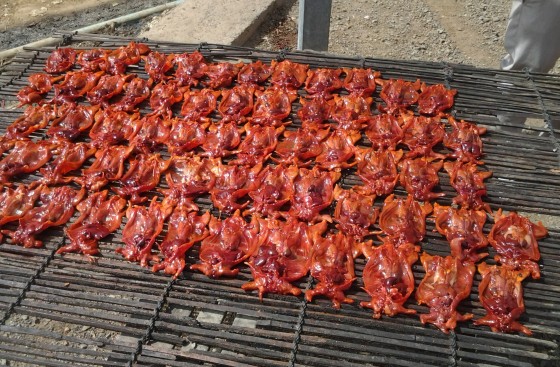 These sacrifices were drying in the sun. Tim, Beau and I tried some of these sweet babies just the other day. We must be turning Khmer- none of us flinching as we gnawed into some crunchy rodents.

All in all, a ripper of a day on the Sokasbike Tour, highly recommended day out. Even Quinn at 7 managed the 30km round trip. Beau on the other hand rode in style with his grandparents. 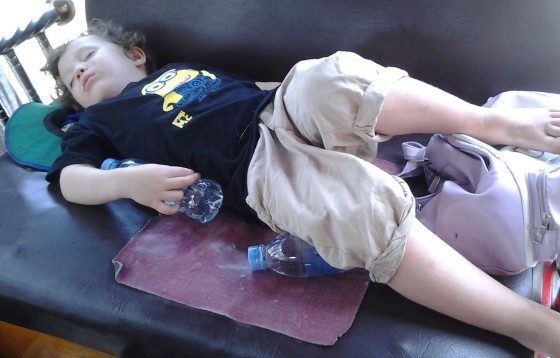 Tough work being chauffeured around in tuk tuk

From my colleagues at work, I see an incredible Cambodian resilience. A positivity in the face of hardships past, and a people rising Phoenixesque grabbing opportunities given to them with long fingernails.

Some of the local NGO staff work 5- 6 days a week, up to 10 hours day. And moonlight in evenings studying English. Chantha, my dear Khmer counterpart survives on 4-5 hours sleep per night. Up at 4am to revise her English university studies before putting in a full 10+ hour day (working with kids!) then goes to classes til 9pm and studies close to midnight. Like most 23 year olds, she can survive on less sleep but not because she’s out partying. The Cambodian Work Ethic is a force to witness.

Survival instincts  have never waned here. Unlike in the West where years of material comfort and government’s generous hand holding have eased our path, people here rely on their wits and ability to turn trash into treasure. Recycling works out of necessity not out of principle. From the dude emptying and cleaning out PET bottles to sell, to the guy who’s cycling around town all day on his food cart spriuking his potato cakes and fried banana. Morsels he’s made in his earthen floor hut the night before.

In words that don’t suffice, these people’s smile and spirit has touched my heart. 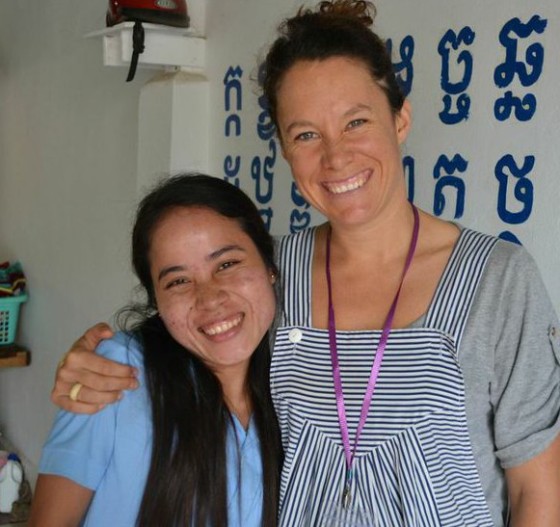